Everything You Need To Know About Getting Banned From Twitter

Banned From Twitter—A Guide To Get You Unbanned

Getting banned from Twitter is an unpleasant experience for any active and loyal user of the platform. Whether your account was suspended or you got banned from Twitter, sign up for DoNotPay! We are here to help you understand the reasons for getting banned, the types of bans and suspensions that Twitter enforces, and the process for filing an appeal in case of a suspended or banned account.

If your account gets suspended or banned on any other social network— such as Facebook, Tumblr, or Snapchat—DoNotPay can help you file an appeal and ensure a swift response! 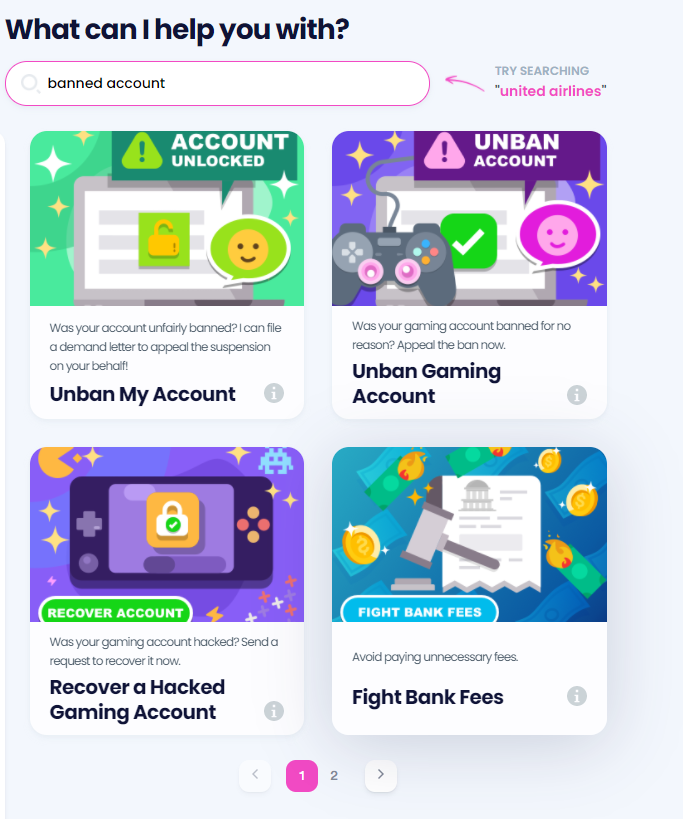 Your Twitter account can be banned due to numerous reasons—violating community guidance rules above all. Here are the most common examples of Twitter rules violations that will get you banned from the platform:

Note that Twitter may also temporarily suspend or lock your account under the suspicion that somebody is trying to hack it. In that case, you can expect your account to be restored as soon as Twitter eliminates the threat.

Sending other users spam mail to attract their attention or trying to initiate unwanted contact will get your Twitter account banned. The same is true if you try to manipulate the platform for your personal gain.

Here are some concrete examples of authenticity violations on Twitter

Is There a Way To Get Unbanned From Twitter?

If you believe Twitter made an error by banning your account, you can file a suspension appeal. To do that, you should:

After that, Twitter will determine whether the suspension was a mistake on the company’s part or not and potentially restore your profile.

Even though Twitter offers the possibility to appeal, you will probably have to wait for days and even weeks to receive an answer. To avoid that, enlist DoNotPay’s assistance. Our app will write a demand letter, putting legal pressure on Twitter to process your complaint faster.

To use DoNotPay, you should:

It will take a couple of minutes for our app to generate and send a personalized demand letter that requests Twitter to review and respond to your appeal.

If the company has already responded by refusing to unban your account, you will not be able to appeal again. 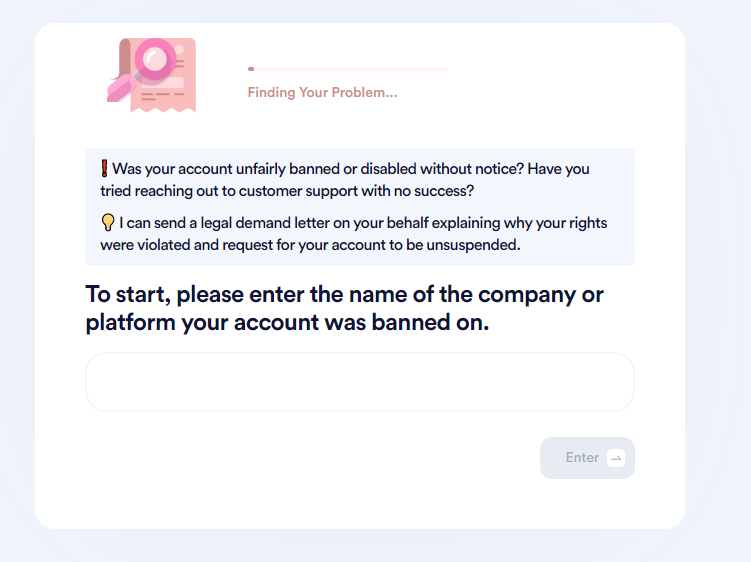 Get Unbanned From Other Platforms by Using DoNotPay

If you have suffered an account suspension on a particular gaming or social network platform—we will be glad to help. Check out our guides on how to get unbanned or unsuspended from any of the following platforms:

DoNotPay Is an App for Everyone

Whether you need help with drafting paperwork, searching through government databases, or managing your bills, DoNotPay has a feature that’ll make your life easier. The number of features keeps growing, and you can check out a table showcasing some of them:

Get More Done With Our Do-It-All Platform

DoNotPay can take care of any daily hurdle you come across. For a small yearly subscription fee, you get access to various features that you’ll find handy on a daily basis. Besides everyday chores, signing up for DoNotPay will help get you:

The list could go on for days. You can even get in touch with an inmate or fight for discrimination at your workplace!