California is only second to Texas when it comes to having the largest number of registered sex offenders in the U.S.

The California sex offender laws from 2017 were introduced to ease the lifetime registration burden on many offenders, but that was hardly a pro-move in terms of public safety. In the past year, California authorities have released several offenders early into the community despite their unresolved high-risk tag.

If you are looking for a way to keep sex offenders at bay, DoNotPay has the perfect fix. Our Sex Offender Search tool scans any address for sex offenders and drops you automated alerts. Sign in to our app today and enjoy top-class vigilance! 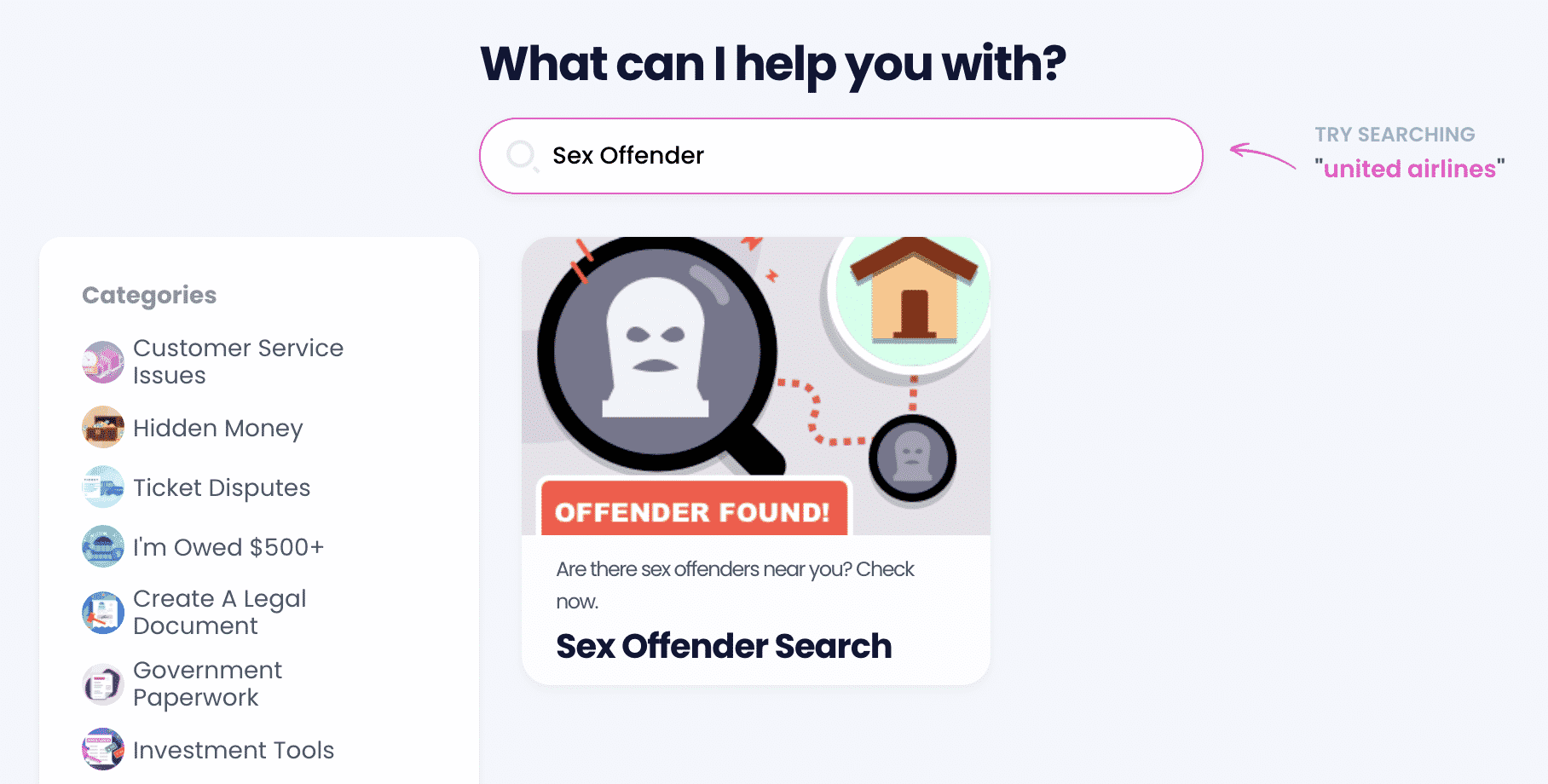 Why California Had To Reform Existing Sex Offender Laws

For years, California had been one of the few U.S. states that registered all sex offenders for life. It didn’t matter if the underlying offense was a misdemeanor or a felony—every offender had to follow California’s registration laws for the rest of their life.

The lawmakers perceived that the state’s Sex Offender Registry was packed with thousands of sex offenders who had only committed trivial sexual offenses.

With that in mind, California Governor Jerry Brown signed the new sex offender law in 2017 to:

Before the reform, the California Sex Offender Registry was overloaded with over 100,000 entries, which meant one in every 400 residents was on it! As per the latest data, the state’s Registry is a little shy of 83,000 registrants now.

The reforms in California sex offender laws from 2017 transformed the state’s sex offender monitoring structure. This table lists out the major benefits and flaws of this change:

The new tier system organizes different types of offenders as per the severity of their crime and the risk they pose to society.

California’s sex offenders face restrictions based on both the registration laws and the state’s penal code. Depending on their crime and parole or probation terms, the registered sex offenders may live with one or more of the following limitations:

The above restrictions won’t apply to the ones who become unregistered sex offenders because of the 2017 law.

The offender will remain registered until the authority reviews their registration status—this process can take about 60 days or more. The final termination decision would vary on a case-to-case basis.

DoNotPay Offers You Stability Amidst the Ever-Changing Sex Offender Laws

The California sex offender laws from 2017 are rooted in practicality, but they miss the basic essence of safety.

It gets even more distressing if you analyze the nature of the seemingly moderate-level Tier-2 offenses, which include unnerving sexual crimes towards kids. No parent feels safe having Tier-2 child molesters lurking in their neighborhood.

California’s modified laws may be turbulent, but DoNotPay will always have your back. Our Sex Offender Search uses an AI-powered tool to extract the latest database from any sex offender registry. The whole process is free from the inefficiency and delays that plague government registry websites. 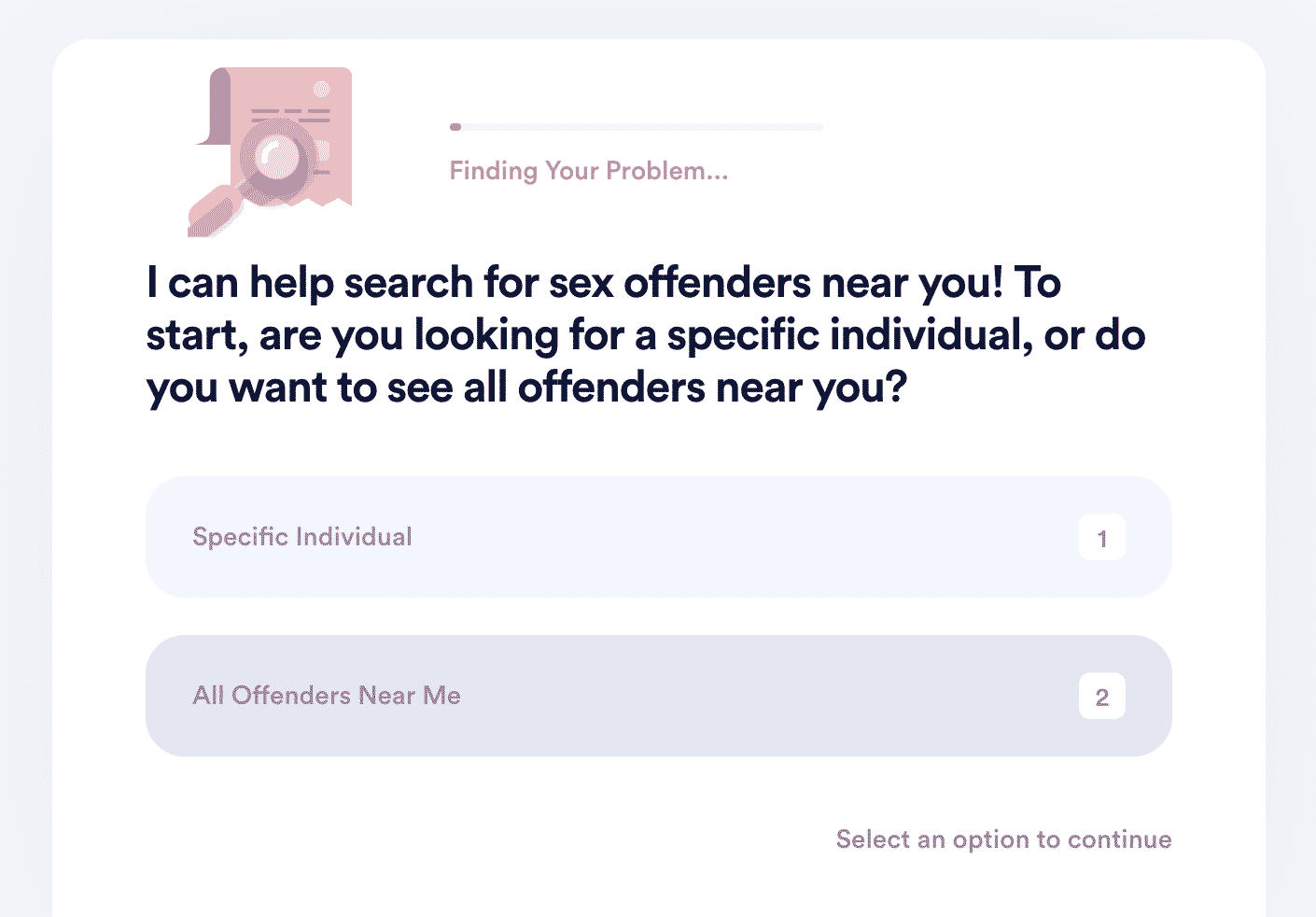 The report generated will contain mugshots, personal details, and other physical identifiers for the registered offenders within the search perimeter.

If you opt for our weekly scans, we will automate the search ritual for your given address and keep you posted on all the changes. You can use the data to strategize a precautionary safety plan for you and your family every week!

Forget about getting a migraine every time there is an administrative task to handle. DoNotPay makes it easy and stress-free to deal with any bureaucratic issue that comes your way.

Not only can we assist you in drafting a legal document and getting it notarized, but we also help you:

Finishing Your Daily Errands Has Never Been Easier!

Looking for help with running errands? You don’t have to spend hours trying to make a DMV appointment or contacting a customer service rep! Completing your day-to-day tasks stops being a burden once DoNotPay gets involved.

There is no shortage of errands we’ll help you run for a small subscription fee, including:

Sign up for DoNotPay and avoid spending hours on simple daily tasks that can be done in a jiffy!