How to Deal With Sexual Harassment

Stalking and Harassment How to Deal With Sexual Harassment

Can You Recognize Sexual Harassment? Steps to Get Rid of the Unwanted Advances

According to the recent Study on Sexual Harassment and Assault, 81% of women experienced some form of sexual harassment during their lifetime. Even though most people experienced harassment, the number of cases reported to the police is distressingly low. The same study suggests that only 1 in 10 women filed an official complaint or report to an authority figure, including submitting a police report.

The reason behind underreporting is usually fear of retaliation.

Sexual harassment is defined as any action that includes unwelcome sexual advances, any form of inappropriate verbal or physical conduct, or requests for sexual favors. Both men and women can be victims of sexual harassment. While it's not always clear what does it mean when someone is harassing you, there is a preconceived notion that if a behavior is offensive but not sexual in any way, it can not be considered sexual harassment. That is simply not true. Offensive comments or bullying based on stereotypes related to someone's biological sex, gender identity, or sexual orientation also qualify as sexual harassment.

Sexual harassment can manifest itself in many ways:

When it comes to sexual harassment, the intentions of the perpetrator are not important. It doesn't matter if they believe it to be funny, harmless, innocent, or welcomed. As long as the target of harassing behavior thinks it is offensive and unwanted, the action can be considered sexual harassment.

Looking at the potentially problematic situation from the victim's perspective is essential, especially since experiencing sexual harassment can lead to emotional, physical, or mental health issues.

Underreporting of cases often comes from either guilt or fear of retaliation, especially if the harassment is happening in the work environment. Victims might also be reluctant to report a case if they feel they have responded inadequately. That often happens if the victim believes that they haven't expressed their disapproval clearly and immediately. The lack of immediate response does not make the harassment less severe or the perpetrator less guilty.

What Are the Three Types of Sexual Harassment That Occur Frequently?

Sexual harassment can occur in many different scenarios, in both public and private places. These are not activities connected exclusively to dimly lit bars and back allies, especially considering that, according to the NBC/WSJ poll from 2017, 48% of employed American women reported experiencing some form of sexual harassment at their place of work.

While sexual harassment appears in many different forms, the actions can generally be classified into three main groups: physical, verbal, and visual harassment.

Physical harassment is a form of sexual harassment that intimidates, embarrasses, threatens, or makes the victim feel uncomfortable. This type of harassment is closest to sexual assault or abuse and can include:

Defining verbal sexual harassment can be complicated and challenging because of different reactions from people. This type of harassment usually refers to sexually suggestive remarks, unwelcome and offensive names, or "terms of endearment" the target didn't ask for.

This type of harassment includes:

Visual sexual harassment can appear in two variants. One is a situation in which the individual exposes themselves to another person without their consent or repeatedly stares at them. The other case includes showing sexually explicit images or videos to someone, whether the harasser is in them or not.

What Are Sexual Harassment Laws?

The United States federal laws regulate sexual harassment in the workplace as a form of sex discrimination, which makes it illegal across the country.

Regarding the workplace-related sexual harassment, Title VII of the Civil Rights Act of 1964 (“Title VII”) makes it illegal for companies to allow anyone to be sexually harassed at work.

Title VII does not apply to individuals, only to companies. This means that Title VII does not make it illegal for someone to harass someone else, only makes it unlawful for businesses to allow harassment to happen or fail to stop it.

It’s also illegal for your employer or supervisor to punish you for reporting or participating in an investigation related to sexual harassment.

Each state might also have additional sexual harassment laws that can give you even more protection. For example, some states require companies to have a written policy on sexual harassment and define a procedure that tells employees how to report it.

Many common harassment behaviors are already illegal and regulated on the state level.

Are You Supposed to Accept Sexual Harassment in the Workplace as Part of the Job?

In the 21st century, sexual harassment often takes on subtle forms, which makes it difficult to recognize it.

There are two principal examples of sexual harassment in the workplace that Title VII deals with.

The first example is called "quid pro quo" sexual harassment, and it involves requests for sexual favors in exchange for gain or profit. The victims can also be threatened with demotion or termination of the contract. Quid pro quo harassment is committed by someone who is in a place of power or authority over the victim.

A clear example of "quid pro quo" sexual harassment would be a supervisor threatening to fire an employee if she or he doesn't agree to have sex with the said supervisor. Another example would be that of a Reddit user who experienced this type of harassment during the interview process. She explained that—during the interview—the manager stated that if she wants the job, she should get comfortable getting hit on by customers since most of them are male. This is not a singular case, and situations similar to that one are happening all the time.

Another Reddit user told her complex story about her supervisor making unwanted advances, even resorting to physical harassment, after repeatedly being told to stop. He persisted until she threatened to contact HR about it. The supervisor retaliated by claiming he's friends with their branch managers and that she will be the one to get fired if she files a complaint.

The "hostile work environment" is the second type of workplace sexual harassment. It occurs when the behavior of an individual or a group is so critical that it creates demeaning conditions that negatively affect a person's job and even forces them to quit. This type of harassment does not include threats of demotion, pay cut or termination of contract, but consists of explicit comments, insults, inappropriate questions, or sexual jokes.

Another Reddit user describes how her supervisor was continually asking inappropriate and sexually explicit questions, which often elicited giggles or laughter from her colleagues.

Sexual harassment seems to be closely tied to workplace harassment, but that is not always the case. Inappropriate sexual behavior can be manifested through cyberstalking, electronic harassment, street harassment, and harassing phone calls as well.

How To Report Sexual Harassment and Keep Yourself Safe

If you are experiencing workplace sexual harassment, here are some steps you can take:

If Possible, Talk to the Person Harassing You

If there is a possibility to tell the person harassing you to stop and you feel comfortable doing it, you should try to solve the problem by a conversation. You can do this in person or in writing.

If you decide to talk to the harasser in person, it might be a good idea to speak in front of a witness. If you do so in a letter, text message, or email, make sure to keep copies in case you need proof later.

One of the options is to send them a "cease and desist letter". With this document you can clearly state that you want them to stop the harassment immediately.If you don't feel comfortable or feel threatened by the harasser, avoid this step and move on to the next one.

Report Sexual Harassment to Your Company

Filing a report internally, within the company, might be a difficult first step, especially since it is hard to feel comfortable at work after telling your supervisor about the harassment. The company may have a policy for reporting harassment set in place and you should stick to the steps within it.

If there is no policy, get in touch with the company’s HR department. You should be aware, if you don't make an internal complaint first, you are likely to lose at court further down the line.

Whatever you decide to do regarding the harassment, it is imperative to make notes of everything that you are experiencing and the steps you are taking to stop it.

File a Complaint With the Equal Employment Opportunity Commission (EEOC)

If you have experienced sexual harassment at work, and your company has failed to act upon it, you can file a legal complaint with the government agency—Equal Employment Opportunity Commission (EEOC).

The EEOC will issue a "Right to Sue" letter, which you can use to file a federal lawsuit against your employer.

Pay close attention to the following:

You can find all of the details related to filing a complaint to the EEOC on their website.

For reporting other means of sexual harassment, you should refer to your state agencies and law enforcement offices.

File a Federal Lawsuit Against Your Employer

Before you decide to go to court and file a lawsuit against your employer, you should make sure to get a “Right to Sue” letter from the Equal Employment Opportunity Commission.

Federal court trials take long and are typically set for trial a year after being filed. Even if the EEOC allows you to go to court, be prepared to spend a lot of time and money in the process.

What to Do About Sexual Harassment? Let DoNotPay Help You! 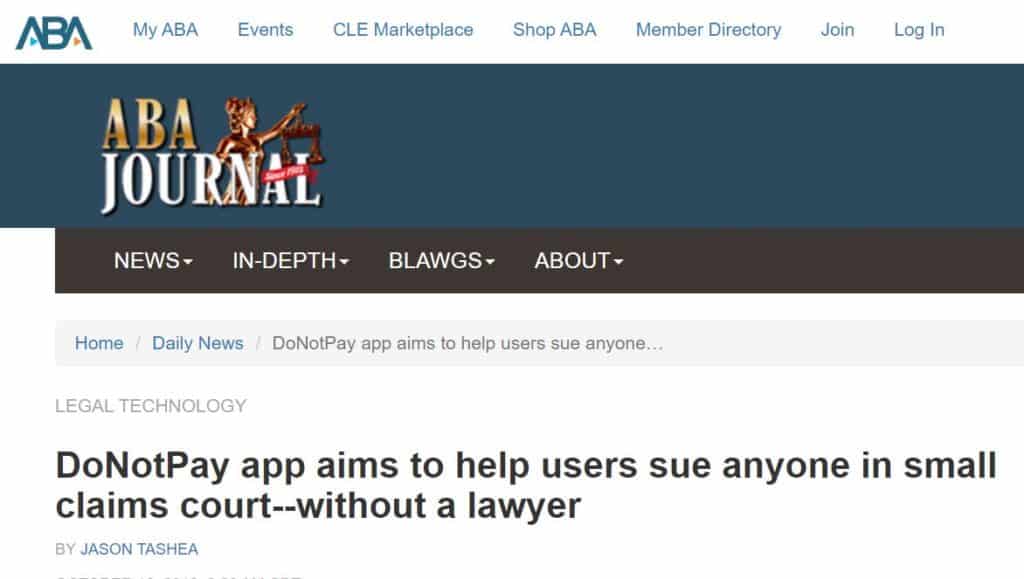 Whether you have experienced sexual harassment at work, in public, by a stalker, or online, DoNotPay can help you.

We are focused on helping people deal with anything from canceled flights to robocalls, but our "Relationship Protection" feature is meant to keep the harassers away.

If you decide to take the matter to court, the letter will act as substantial evidence that you attempted to resolve the issue.

Use DoNotPay to Solve Other Administrative Issues

DoNotPay is the safest way to deal with sexual harassment, and it will help you stop a stalker or get a restraining order against them. The app can assist you with some other issues as well. Whether you're filing for unemployment insurance, or want to avoid being charged for a service you never even used, DoNotPay has got you covered. You can get access to the site in the web browser.