Religious Discrimination Case—Learn How To Protect Your Rights

Launch a Religious Discrimination Case and Fight for Your Religious Freedom

Religious freedom is entrenched in the U.S. Constitution, but cases of religious discrimination in the workplace are rife across the country.

This right is entrenched in Title VII of the Civil Rights Act of 1964, which also protects from harassment—in the form of verbal, email, or cyber harassment—or retaliation.

Over many years, certain landmark religious discrimination cases have tested the Civil Rights Act and set precedents that make your position as an employee today relatively strong. The most important cases are:

The EEOC prosecuted a case against Abercrombie and Fitch in 2013 concerning two Muslim employees who were prohibited from wearing a hijab to work in contravention of their religious beliefs. The defendant was ordered to pay $71,000 in damages and to change its anti-discrimination policies accordingly.

AutoZone, Inc. was found guilty of discrimination for harassing a Sikh employee and refusing him permission to wear a turban to work.

The Kentucky Fried Chicken franchise attempted to force a female employee to wear pants to work, which violated her religious beliefs. The franchisee was found guilty and ordered to pay damages to the employee.

Many of the cases of religious discrimination that appear before U.S. courts concern dress or grooming regulations entrenched in various religions.

The EEOC has, therefore, published a set of guidelines that explain what an employer should allow to avoid a charge of religious discrimination. The guidelines are not legally binding but are based on precedents set in court over the last few years.

What Are My Rights?

As a follower of a recognized religion, or even as someone who holds strong beliefs concerning morals and ethics, you have the right to protection against:

The law also ensures that your employer should make reasonable accommodations to allow you to practice your religion. Such accommodations could include:

What Can I Do if My Employer Is Violating or Ignoring My Rights?

If you are experiencing any kind of discrimination due to your religion, you need to do the following:

In an ideal world, raising the issue officially would cause your employer to take action and resolve the matter.

If this doesn’t happen, you may have to escalate your case—this is where DoNotPay can help you!

What Can DoNotPay Do To Help?

If your attempts to resolve a case of religious discrimination with your employer are unsuccessful, you need to file a complaint—or charge of discrimination—with the EEOC.

This can be a laborious process, but DoNotPay is here to make it simple—all you have to do is: 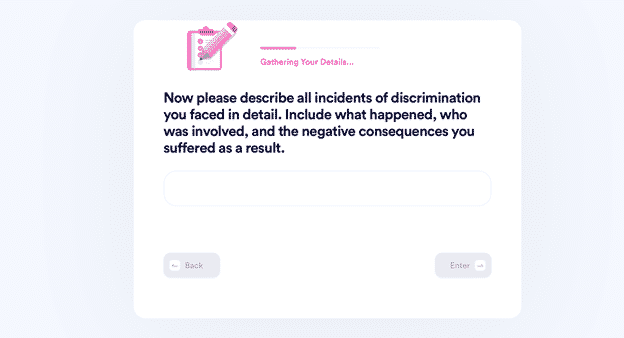 DoNotPay will file your charge with the nearest EEOC field office, which will contact you to start an investigation. 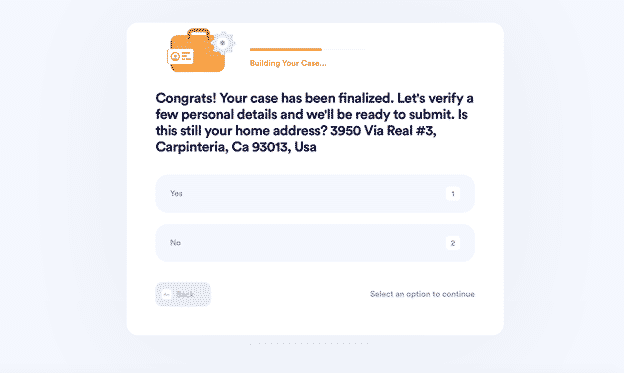 Whatever the outcome, DoNotPay and the EEOC are your partners to fight for your freedom from religious discrimination.

What Other Kinds of Discrimination Should I Look Out For?

Discrimination in the workplace can also be based on: